There is news on the planned new secondary school at Kidnappers Lane – and it’s a mixed bag for local residents.

First of all, a government inspector, Wendy Burden, has issued her interim advice on the draft Cheltenham Local Plan – one of the key local planning documents for our area. Against the run of previous inspections and the wishes of both the Borough and Parish Councils – she concluded that the 39 hectares proposed by our local councils as protected Local Green Space at Leckhampton might be too “extensive” and not justified. This is very surprising since an enormous amount of evidence has been amassed to justify the protection of the Leckhampton green fields (alongside a substantial amount of new housing next to the Shurdington Road). Under the National Planning Policy Framework, there is no upper size limit on LGS and it should for local communities to determine this but nevertheless the opinions of this experienced inspector carry huge weight in the process and the councils have to pay attention to this or risk the whole draft plan being declared “unsound”. I have been in discussion with Cheltenham planning officers along with fellow parish councillors to see what we can salvage from this situation.

The inspector’s verdict has played right into the hands of the Conservative-led county council who want to grab some of the planned Local Green Space for their controversial new secondary school instead of building it on the land next to Shurdington Road which had been earmarked for development (see my earlier update here). The county presented plans for the Kidnappers Lane site at a recent public meeting:

There are some positives to these plans: it’s noticeable that they retain the extensive and ancient hedgerow around the school site which will be really important in Kidnappers Lane and Farm Lane retaining some of their current charm and rural character and will make an attractive green environment for the school students themselves. The plans also set the school building right at the northern end of the site, closest to planned development and the least intrusive location in respect of the planned protected Local Green Space to the south and east. The playing fields – and in particular the all-weather Astro pitch could be important community assets for local young people, including Leckhampton Rovers Football Club.

But local residents still have deep and – in my view – well-founded worries about the safety and traffic implications of such a large school set amongst what are now rural lanes with already congested roads around them, not least because the county’s shifting of the site will make way for developers to try to put even more housing on the fields next to the Shurdington Road. It’s also disappointing that the building and site so close to a Local Green Space and clearly visible from the AONB seem to boast so little in the way of green features, in stark contrast to exciting low energy new developments like the two Gloucester Services on the M5 which are camouflaged so well as to be nearly invisible from any distance or even the headquarters of Gloucestershire Constabulary in Quedgeley which boasts a fantastic reneweable energy resource in the shape of a large ground-source heat pump.

Unusually the county is applying to itself for planning permission to build the school instead of to the usual planning authority, Cheltenham Borough Council. A further consultation event is planned for 4.30-7pm 27 June at Hatherley & Reddings Cricket Club (on the left of the Shurdington Road outside town down towards Shurdington). Come along and make your views known!

Martin has never believed that the best way to help the homeless or make homes affordable was to build all over the countryside. So he has always strongly supported campaigns to protect treasured green spaces around Cheltenham. 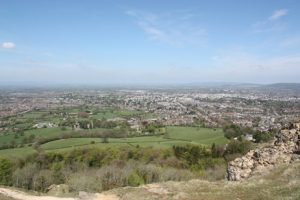 In opposition, he developed a policy for the Liberal Democrats which was then implemented by the coalition government as the Local Green Space designation now being used to protect green spaces in Leckhampton and across Cheltenham.  It provides protection for local green spaces not for their landscape value or scientific importance but simply because they are important to local people – providing free recreation and quiet enjoyment, growing local food, improving physical and mental health and absorbing both CO2 and dangerous particulate pollution.

As Cheltenham, Gloucester and Tewkesbury councils then worked together to develop their own Joint Core Strategy, Martin consistently lobbied for enough housing for local people in need but not the tens of thousands required by a strategy based on economic growth regardless of environmental consequences.  In particular he lobbied hard against the loss of precious green spaces at Leckhampton, Chargrove and Springbank.  This was made difficult because neighbouring councillors like Tewkesbury Conservative councillor Derek Davies condemned Cheltenham’s LibDem councillors as ‘greedy’ and ‘precious’ for trying to protect Leckhampton and regularly blocked moves by Cheltenham to protect key green spaces. In the end the JCS ruled out a huge ‘strategic’ development at Leckhampton, reducing the likely housing there from over a thousand houses to a couple of hundred and with most of the green fields permanently protected.

Martin’s father, Don Horwood, was one of the founders of the Leckhampton Green Land Action Group (LEGLAG) and Martin joined at an early age. When he returned to Leckhampton with his own family and his children began attending local schools and nurseries the need to protect a green, safe and healthy local area for the future became even more personal.

Thousands of communities nationwide are now using a policy devised by Martin to protect threatened green spaces in and around their cities, towns and villages.  The new Local Green Space designation is designed to protect local green areas valued by local people – not just great crested newts and landscape painters.  Cheltenham’s LibDem council is pursuing the policy enthusiastically and the new designation is being recommended in the emerging Local Plan for the Leckhampton Fields, Greatfield Park and Holmer Park in Hatherley, Newcourt Green on the Cirencester Road and many more.  Martin developed the policy as an opposition environment spokesperson for the Lib Dems.  It was picked up in the Lib Dems 2010 election manifesto and implemented, as promised, by the coalition government.

In Leckhampton, there is a striking contrast between the Cheltenham side of the borough boundary where housing development has been refused pending the protection of the most important green spaces in the Local Plan using the new Local Green Space designation, and the Tewkesbury side of the boundary – across Farm Lane – where the Conservative-led council caved in to developers Redrow who pre-empted the local joint planning process and have ripped up historic hedgerows and wrecked views from the AONB in their rush to build expensive executive homes.

Martin believes more homes should be built on brownfield sites and in mixed use developments like St.Paul’s, the Brewery and North Place in Cheltenham, in urban city centres in need of regeneration and close to smaller villages and market towns whose shops, post offices, pubs and schools are closing for lack of people.

Martin has also called for more action to support rural housing (for instance in and around farms) where it is wanted and needed, tougher measures to bring more of the UK’s 850,000 empty homes back into use and new powers at local level to encourage the buying and building of more social housing for rent which is where the need is greatest.