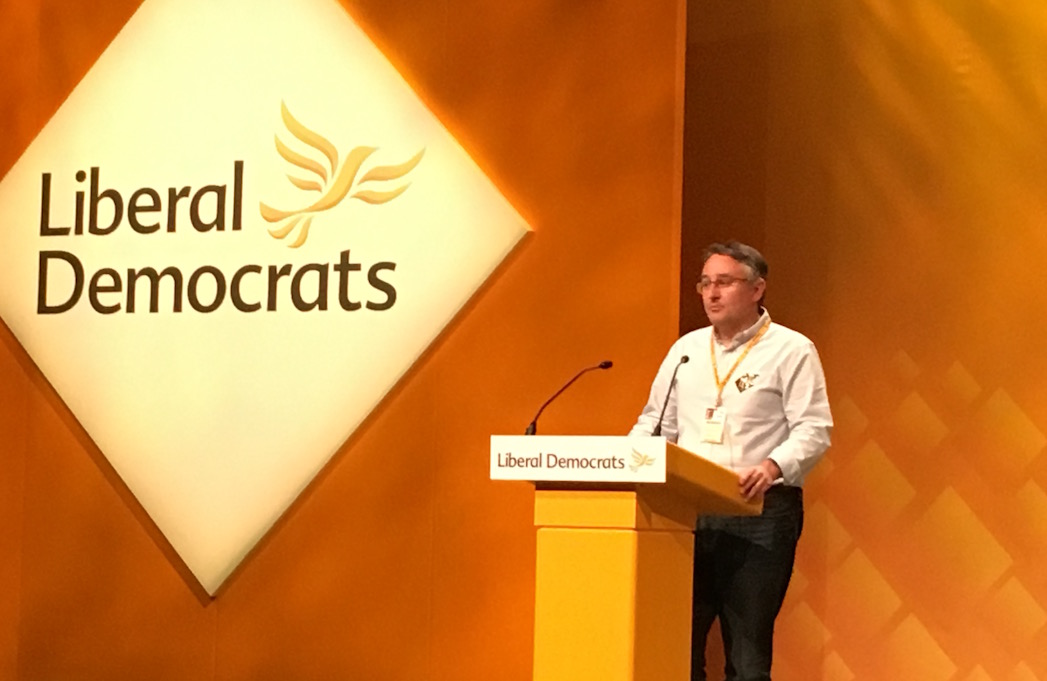 The Liberal Democrats Spring Conference in York has voted for an outright ban on fracking – the extraction of shale gas using the high-pressure hydraulic fracturing of underground rocks.

Liberal Democrat parliamentary spokesperson for Cheltenham voted for the successful motion: “Fracking poses really significant risks to the local environment wherever it is allowed” said Martin, “from the millions of litres of water pumped below the water table and lost to local water systems, to the pollution and disruption caused by the thousands of trucks transporting water and gas to and from the wells. I’m horrified that the Conservatives even plan to allow fracking in Areas of Outstanding Natural Beauty like the Cotswolds.”

“It’s also a crazy energy strategy. We’ve just committed to a low-carbon future for the planet in the Paris Climate Change Agreement. So why put direct investment into a new fossil fuel industry instead of energy efficiency and renewables? Fracking for gas won’t even displace coal because dirty coal will be on the way out anyway by the time fracking delivers any significant supply in the 2030s.”
During the General Election campaign last year, Alex Chalk – now Cheltenham’s Conservative MP – promised to oppose fracking in Areas of Outstanding Natural Beauty. But in December 2015, he voted to support it.