Early votes have been taking place in the European Parliament on Boris’s Brexit deal. They suggest it will be passed when the full Parliament votes tomorrow. But I’m finding more and more reasons to vote against it.

Early votes have been taking place in the European Parliament on Boris’s Brexit deal. They suggest it will be passed when the full Parliament votes tomorrow. But I’m finding more and more reasons to vote against it.

Our British and European democracy needs to be protected from covert foreign interference and while the ISC Russia Report remains locked in Boris Johnson’s desk, the European Parliament was still at work last week for Lib Dem MEPs to ring the alarm bell.

Our British and European democracy needs to be protected from covert foreign interference and while the ISC Russia Report remains locked in Boris Johnson’s desk, the European Parliament was still at work last week for Lib Dem MEPs to ring the alarm bell.

Science matters, so I visited the Royal Society to get a better understanding of the impact Brexit is already having on UK science and the impact actually leaving might have. 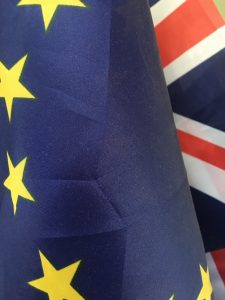 Cheltenham’s Liberal Democrat parliamentary candidate Martin Horwood has called on the government to accept their defeat in the Lords on Wednesday and accept the right of EU citizens already in this country to remain after Brexit.

Speaking to a meeting of Cheltenham’s Polish Tenants & Residents Association earlier this week he strongly condemned the government’s plan not to guarantee the right to remain of citizens of other EU countries until reciprocal rights for British citizens in the rest of the EU had been secured as part of the ongoing Brexit negotiations – ‘as soon as they can’.

“Those negotiations could drag on for many years and agreement might never be reached” Martin told the TARA. “Yet the government could sort this tomorrow if it wanted.  It is just immoral to use people as bargaining chips in this way. People have lived here for years and have always been told they had the right to remain here.  They have jobs, families, children that can’t simply be uprooted. They are working hard, paying taxes and keeping the NHS and care sector functioning.  No-one imagines that a sane British government would actually deport them on the day we leave the European Union but employers and landlords and banks would start to ask for evidence of their right to live and work in the UK and make life more and more difficult.  Yet it is entirely within the power of the UK government to guarantee their right to remain regardless of the negotiations.”

Cheltenham is thought to have thousands of citizens of other EU countries living and working here, including in the NHS and in local technology companies.  Martin Horwood criticised Theresa May’s hardline stance on this issue during the Conservative leadership contest last year (http://www.gloucestershirelive.co.uk/martin-horwood-criticises-theresa-may-over-eu-citizens-stance/story-29478677-detail/story.html).  The TARA meeting heard many Polish Cheltonians complain about the uncertainty the row had suddenly caused them and how current Home Office systems to grant permanent leave to remain were simply not set up for people who had always had that right and never before needed documentary proof of permanent residence.