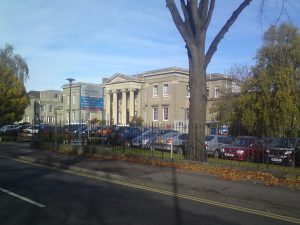 The Liberal Democrats have called for an “NHS Passport” to secure the rights of EU nationals working in the NHS, as figures have revealed a sharp rise in staff from the EU in Gloucestershire quitting the health service.

68 EU nurses, doctors and other staff left the NHS here in 2016, just over double the figure two years ago.  The number, obtained in a freedom of information request by the Liberal Democrat party, includes 26 nurses, 26 doctors and 16 other staff and covers the period leading up to and including the Brexit referendum.   The sharpest rise was between 2014 and 2015, the period covering the General Election campaign and the announcement of the EU referendum but 2016 saw the total number rise even higher.

Separate figures from the Royal College of Nursing have shown the number of EU nationals registering as nurses in England has dropped by 92%, while there are 24,000 nurse jobs unfilled in the NHS.

The Liberal Democrats have called for an immediate guaranteed right to live and work in the UK for all EU citizens working in NHS and care services, in a motion passed by members at the party’s Spring Conference this week.

“These figures are really alarming and show the significant support that EU nationals provide for the NHS is at real risk.  It’s quite possible that the anti-European rhetoric of the General Election and Brexit referendum campaigns have played a big part in this sharp rise by making NHS workers from the rest of the EU feel so unwelcome.

“My own message to EU workers in the local NHS is ‘Please stay. Our health service needs you.’

“The Conservative Government’s heartless and divisive approach to Brexit risks driving away the hard-working nurses and doctors on which Cheltenham General and other local hospitals rely. And their reckless decision to abolish bursaries for student nurses has led to a huge fall in the number of people studying to become nurses.

“If I’d voted Leave on the basis that Brexit would help the NHS, I’d be feeling pretty cheated by Boris Johnson and the rest right now.

“Theresa May must do the decent thing and give the right for EU nationals in Gloucestershire to stay, with an immediate guarantee for those working in health and social care.”