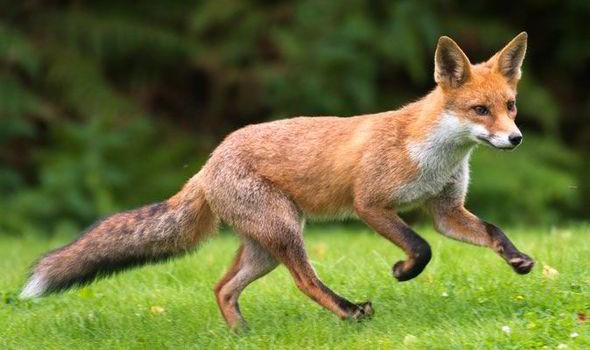 He has been active in Cheltenham and in parliament promoting the welfare of animals in the UK and abroad.  He opposes repeal of the hunting ban, has called for an end to commercial whaling and successfully supported legislation to ban wild animals in circuses and to introduce universal microchipping of dogs.

He has consistently opposed the Gloucestershire badger cull and supported alternative approaches to keep both badger and cattle populations healthy as advocated by Gloucestershire Wildlife Trust.

In 2009 he was voted Animal Welfare Champion 2009 by his parliamentary colleagues of all parties.  He was nominated by Cheltenham charity Naturewatch. 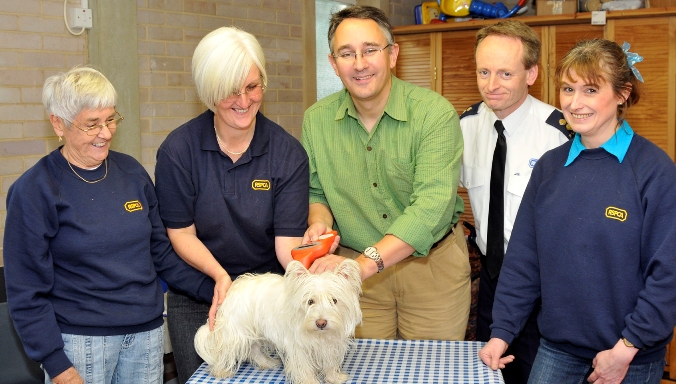 Martin was one of the leading MPs to successfully promote the routine microchipping of dogs, now a cheap and easy technology that will identify many of the 100,000 dogs dumped and lost each year in the UK. The coalition government has agreed to make this compulsory from April 2016. It will also help local authorities, charities like Cheltenham Animal Shelter and the police to correctly identify the owners of dangerous dogs and take firmer action and rehome the dogs more easily. Martin also supported moves in Parliament to extend restrictions on the docking of puppies’ tails.  Locally, he has been a friend of Cheltenham Animal Shelter and particularly its innovative Halt project which helps humans as well as animals.  Martin also pressed for reform of dangerous dogs legislation which has now begun to shift the emphasis away from a list of obscure breeds – often difficult to identify – towards a focus on dangerous behaviour and the poor ownership that causes it.

He also strongly supported the ban on wild animals in circuses which was passed into law by the coalition government and pressed for its early implementation. 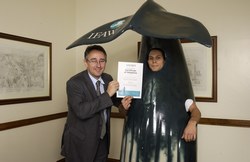 activists in both the 2015 and 2017 General Elections as a result.  They moved hunt supporters in from the Cotswolds in both elections to support the Conservative candidate Alex Chalk who nevertheless repeatedly refused to say where he stood on the ban.

Martin strongly backed the international ban on whaling and met with the Japanese ambassador as part of the campaign to persuade Japan to drop its remaining hunting of these intelligent mammals in the name of ‘research’. He tabled motions in Parliament criticising Canada’s seal hunt and calling for a Europe-wide ban on commercial seal products.

As shadow environment minister in the 2005-10 parliament, he was a strong supporter of the Marine Act 2009 that helped to protect fish stocks for future generations and added to the protection for vulnerable marine birds like the puffin. He supported calls for new marine reserves around British overseas territories and tougher action to stop illegal birdhunting on the UK’s sovereign bases in Cyrprus. 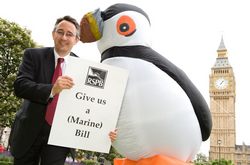 Martin also worked with local Cheltenham-based charity Naturewatch to oppose all animal testing for cosmetics and promote the ‘3Rs’ in animal research – reduction, replacement and refinement. This approach seeks to promote alternatives to animal research, eradicate unnecessary use of animals and improve animal welfare where research continues.  Another Naturewatch campaign has succeeded – during the coalition, LibDem minister Lynne Featherstone confirmed the government would ban the testing on animals of ingredients used in household products, a pledge included in the 2010 Coalition agreement