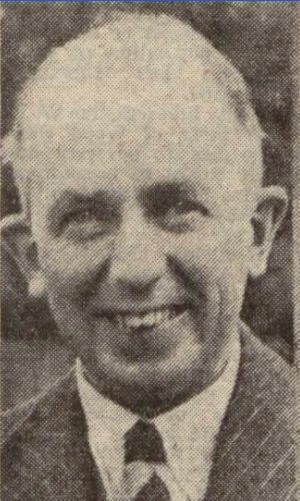 Major William Whitehead Hicks Beach – ‘Bill’ to his friends – was in many ways the archetypal Tory MP.  Educated at Eton and Magdalene College, Cambridge, he was a Gloucestershire landowner at Witcombe Park south of Cheltenham.  His aristocratic family had already supplied a series of Gloucestershire MPs dating back to the wealthy textile merchant Sir Baptist Hickes, who was knighted for his services to James I in 1603 and became MP for Tewkesbury in 1624, and including Lord Salisbury’s Chancellor of the Exchequer, Sir Michael Hicks Beach, who sat for Gloucestershire and West Bristol in the late nineteenth century.

Bill had become a solicitor in 1932 and later a partner in the family firm of Payne, Hicks Beach & Company.  He loved hunting, fishing and farming and took up soldiering through the local Territorial Army (reservist) regiment, the Royal Gloucestershire Hussars.  But when invited to stand for Cheltenham in 1945, he had no political record whatsoever.

Cheltenham wasn’t the easy prospect it should have been in 1945.  The strong Tory seat left by Sir Walter Preston’s retirement in 1937 had been lost in a bitter by-election to the charismatic independent Daniel Lipson.  Sadly for Hicks Beach, Lipson’s popularity had only increased as wartime incumbent and this combined with the general swing against Churchill’s Conservatives to leave him trounced in third place behind the Labour candidate.

Time was on his side, however.  Independent MPs were becoming a rarity and Lipson had the added complication of Jewish ethnicity just when violence against the British colonial administrators had erupted in Palestine and nearly taken us to war with the new state of Israel.  In 1950, Hicks Beach achieved a spectacular reversal: Lipson dropped to third place and he became the MP with 43% of the vote and a majority of 4,982.

Neither Lipson nor the long-absent Liberals stood against him at the 1951 election and he was comfortably re-elected with a majority of 5,897 although Labour took its highest ever share of the vote at 43%.  Hicks Beach was active in Parliament, speaking often on housing, agriculture and local government.  His parting shot in 1964 was aimed directly at his Tory neighbour Nicholas Ridley, MP for Tewkesbury, who crossed Hicks Beach by opposing Cheltenham’s bid for more beneficial ‘county borough’ status.  “My honourable friend is a newcomer to Gloucestershire. We first saw him only in 1958” said Bill bluntly, defending Cheltenham as a fast-expanding and “progressive borough” and an important light industrial centre.

Perhaps aided by this kind of feisty defence of local interests, his majority grew larger in 1955 and larger again in 1959 when the return of a Liberal candidate split the opposition vote with an 18% share of the vote far above the party’s national average.  Hicks Beach must have retired at the 1964 election reflecting on a job well done for the traditional Tory interest.