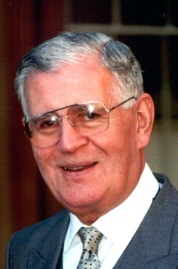 Cheltenham in October 1974 was a high risk seat for the Tories.  Their MP since 1964, Sir Douglas Dodds-Parker, was standing down, their share of the vote had dropped to 43% and Freddie Rodger, the local doctor who had taken second place as Liberal candidate in the February election was standing again with the chance to squeeze Labour votes and close the gap on a new Tory candidate.  The Tories played safe and chose a veteran county and borough councillor and former mayor, Charles Irving, as their candidate.  He was also, usefully, a millionaire hotelier.  In the event, votes nationally and locally swung back towards Labour and drifted away from Thorpe’s Liberals again. Harold Wilson was back in Number Ten and Irving was safely elected with a majority of 8,454 over an almost equally divided opposition.

As a Conservative MP, the charmingly camp Irving couldn’t have been more different to the ambitious patrician soldier Dodds-Parker. Born in Cheltenham, he had lost his father at ten leaving his actress mother as his single parent.  They converted the house into the family’s first hotel. He left school at fourteen (“I wasn’t good at school anyway”) and went to work in hotel kitchens in Bath.  When war broke out, he was deemed ‘insufficiently robust’ for frontline service (perhaps a euphemism) and was relegated to the Home Guard where he famously managed to bayonet a retired lieutenant-general in the backside. His genius was for business and by the 60s he owned a string of hotels across the country.  As well as his growing business interests he found time to get involved in liberal social causes and local politics. By the time Dodds-Parker stood down, Irving had been three times Mayor of Cheltenham, chair of the county social services committee and involved in founding the National Association for the Care and Resettlement of Offenders, the Cheltenham & District (later Stonham) Housing Association and the National Victims Association, now Victim Support.

As soon as he was in Parliament, Charles reinforced his liberal credentials with a maiden speech that launched an impassioned attack on capital punishment.  His timing was extraordinarily brave, following just days after the IRA’s Birmingham pub bombings in which 21 people had died.  As Callaghan replaced Wilson as Prime Minister and the Labour government descended into chaos, the right-wing Mrs Thatcher took on the leadership of the Tories. The 1979 election was a foregone conclusion and Charles romped home in Cheltenham with the biggest Tory majority since 1935, beating Liberal Nigel Jones by 10,538.  But Jones’ determined campaign did resolve the issue of who the challenger would be in future, beating the Labour candidate by nearly 6,000 votes.

The ultra-liberal Irving was never going to be part of a right-wing Tory administration but he delighted Mrs Thatcher by paying for fresh flowers to be delivered to her every day. It didn’t stop him opposing her when he thought right – from the banning of trade unions at Cheltenham’s GCHQ intelligence base right up to the closing of coal mines in the 1990s . In 1989 he made a powerful speech in favour of better understanding of HIV/AIDS, more resources for treatment and public education and condemning the ‘vulgar abuse’ we now call homophobia.  He followed in his predecessor James Agg-Gardner’s footsteps overseeing Commons catering, once brilliantly suggesting that historic Westminster Hall be used as a café instead of having “people moping about looking at a few brass plates”. The House authorities demurred.  A shame really – Charles’s teas were legendary.

The political geography was changing dramatically. While Mrs Thatcher’s government plumbed depths of unpopularity, the Labour Party had lurched further to the left and spawned a right-wing split-off, the Social Democratic Party, which immediately allied with the Liberals.  The new Alliance briefly commanded 50% support in the polls but the Argentine invasion of the Falklands and subsequent British victory transformed Mrs.Thatcher’s image and paved the way for a second landslide victory in 1983.

In Cheltenham, the Liberals invited national party president and former Gurkha commander Richard Holme to become probably the party’s most heavyweight candidate since the Cheltenham seat’s creation. With the added credibility of the new Alliance, their vote surged to more than 20,000, Labour’s nearly halved and so did Irving’s majority. But his successful if sometimes eccentric campaign to win hearts and minds continued locally, including bussing spectators to mayoral balls in his Rolls-Royce.

By the next election in 1987, Mrs Thatcher’s popularity was waning and Labour was reviving but in Cheltenham the anti-Tory vote united behind Holme and Irving’s majority fell below 5,000.  The borough council had already fallen to the Alliance. That the parliamentary seat was still even relatively safe was testament to Irving’s now impregnable personal popularity in Cheltenham.  He was knighted in 1990 but his health was failing and he stood down at the 1992 election, undoubtedly one of Cheltenham’s best-loved MPs.

Sir Charles died in 1995 but posterity has been a mixed bag for the late MP. He was entangled in the prosecution for drug offences of his friend and Tory colleague Dr Clive Froggatt who claimed he had forged him prescriptions for a cocaine substitute but was convicted days after Irving’s death after finally admitting he had been feeding his own long-term addiction. In 2014 even worse accusations about sexual abuse in Westminster emerged but Sir Charles was no longer alive to refute them.

He is more likely to be remembered in Cheltenham for his continuing charitable trust which has now given hundreds of thousands of pounds to good causes and for the important liberal charities and organisations he helped to found.  In 2011, a book by Michael McManus confirmed Cheltenham’s worst-kept secret, that Irving was gay, and also that he had discreetly advised the Conservative Campaign for Homosexual Equality for years – a liberal badge of honour now but still controversial during Irving’s political career.  The Cheltenham LGBT Partnership now proudly claim both Sir Charles and his predecessor Sir James Agg-Gardner as representatives of Cheltenham’s gay heritage.

His wonderfully bonkers final request that his and his dear twin sister’s ashes be scattered over Cheltenham from the air (one source claims he wanted them shot by rocket!) was duly fulfilled so Sir Charles Irving became a part of Cheltenham more literally than any of his predecessors.